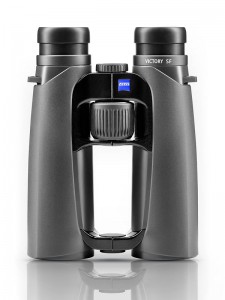 Conveniently, we have first-hand experience with this binocular. I participated in the official Zeiss Victory SF Experience press event in Europe in June, 2014 and got to bird with a pre-production Victory SF for a week (For a travelogue of the press event birding, see Zeiss Victory SF Experience Tour, Part 1, Part 2, Part 3, Part 4). It’s a dirty job, but someone had to do it, so I happily took one for the team! We also had a pre-production Victory SF model in the store for a week this past August. Even though we haven’t seen a production model Victory SF, we can tell you already that it’s a spectacular nature viewing binocular. 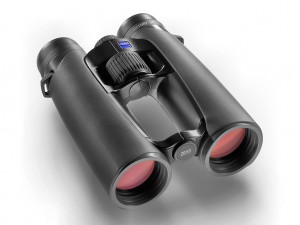 To be frank, January of 2015 wasn’t the original release date for the Victory SFs. Initially, Zeiss meant to release these bincoulars last summer. This kind of thing isn’t uncommon in the world of optics manufacturing. In this case, it actually provides an opportunity for potential customers. Zeiss already allows you to go through an online pre-order process and rewards you with a free personalized, leather-bound birder’s journal for doing so, but only if you buy one! Consequently, if you order these binoculars now, you can save yourself about $350. Originally set to cost $2600 for the 8×42 and $2650 for the 10×42, the actual asking price for a Victory SF binocular in January will around $3000. But if you order a Victory SF binocular, you can still get it for the original price, saving yourself roughly $350.