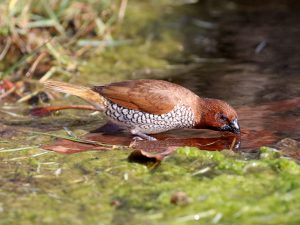 Few subjects provoke the ire in a roomful of birders more rapidly than whether or not to count introduced species. The ins and outs of what is “countable”, what is “established”, and what is still an exotic alien has reddened faces and clenched fists among birders for decades. After that comes the discussion of which state bird records committee is loosest or tightest in their approach to exotics. By then, former friends begin to disperse faster than the young of the year.

But in the end, that is not really what matters here. When it comes to counting exotics, I find myself more and more adopting an eBird stance. That is: count them all, do it as accurately as possible, and submit your data. In the end, the importance of this goes far beyond a mere life list. What matters most is the impact that these growing populations of exotics have upon our native species and the environment in general. Make no mistake about it, that impact is huge. END_OF_DOCUMENT_TOKEN_TO_BE_REPLACED 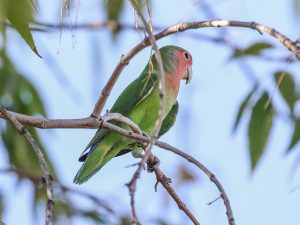 Any discussion of introduced bird species in North America would be incomplete without considering exotic parrots. In fact, parrots and their allies constitute the single largest class of exotic birds on the continent. According to Forshaw’s Parrots of the World, there are/were 356 parrot species extant in the world as of 2010. Over 20 psittacids (parrots and their relatives) occur frequently enough in North America that the major field guides illustrate them. Yet only eight species grace the official North American checklist. Of these, arguably only six became established anywhere. Those six are: Monk Parakeet, Nanday Parakeet, Green Parakeet, White-winged Parakeet, Red-crowned Amazon and Rosy-faced Lovebird. See the table of species and their status below.

The irony of it abounds. Historically, North America only ever boasted two native psittacid species: Carolina Parakeet and Thick-billed Parrot. The Carolina Parakeet is famously extinct. Thick-billed Parrot was extirpated from its tiny historical range in the United States decades ago. Moreover, they are endangered in their restricted Mexican range. All efforts to re-introduce Thick-billed Parrots in the southwest met with failure. So any parrot seen in North America is by definition, an exotic. Perhaps many species not on the official checklist are well on the way to becoming established. END_OF_DOCUMENT_TOKEN_TO_BE_REPLACED