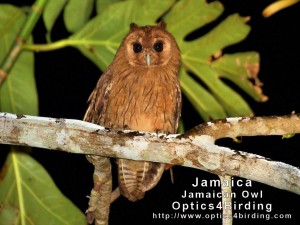 We made a recent excursion to Jamaica in search of the endemic Jamaican Owl. We focused our efforts on the eastern side of the island since our time was so brief. Having read that the Hotel Mockingbird on the north-east side of the island had resident Jamaican Owls made this our first destination. The hotel is a wonderful place to stay. We did hear the Jamaican Owl although never actually saw any while we were there. Adjacent to the hotel are big trees. There may indeed be Jamaican Owls roosting in them. These “wise old owls” are certainly becoming aware of the folks who come to see them. They were unfortunately not out on open branches showing off to the tourists. 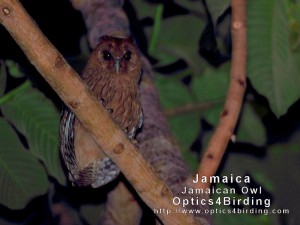 To find and take pictures of Jamaican Owl we were going to have to head into the forests. We needed to get away from dense population. Hearing this owl from a quarter mile away was not going to satisfy me. Just ticking this species off a check list was not enough. I wanted to clearly see this owl. Jamaican Owl is strictly nocturnal. In the daylight it normally roosts in thick tangles or hidden in well shaded areas.  The prospect of finding one on an exposed daytime perch was not promising. This was going to require night searching.

If your interested in beautiful sunny beaches, gorgeous clear water, and spectacular resorts, this is a great place to be. My next adventure into Jamaica has to include diving. The overall population density of Jamaica is about the same as that of New Jersey. As a comparison, New Jersey has the highest population density in the US. Quiet and remote areas for owling are a bit more challenging to find.

We spent the few evenings we had along Reach Road. This road goes into the interior mountains about a half hour east of Port Antonio and comes out back along the coast just south of Manchioneal. Undeveloped old forests still exist in this area. This place is one of the few remaining extensive remote areas. Some of the locals referred to this area as being this the “real Jamaica of the past”. For nature lovers, there are lush tropical forests along a mid-elevation mountain road with many of the 30 endemic species of birds and at night the Jamaican Owl is prevalent. 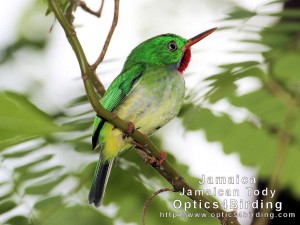 The best known endemic Jamaican bird species is probably the Jamaican Tody. We entered Reach Road from the Manchioneal side. One of the first birds we found was this tody. There are 28 species of endemic birds (2 more that may now be extinct). Although my primary purpose was to find the Jamaican Owl at night, a daylight survey of where you are heading in the darkness is essential. This worked out perfectly for seeing the daytime birds. Who needs to sleep in such a great place anyway!

Jamaica also has 31 species of reptiles (including crocodiles along the southern coast), 35 species of mammals (most of which are marine, bats, or rodents) and 25 species of frogs and toads. None of the snakes are poisonous although with the introduction of mongoose many of the endemic snakes may have been destroyed. Our limited exploration produced few frogs, reptiles or mammals other than bats (excluding the abundance of dogs and cats). 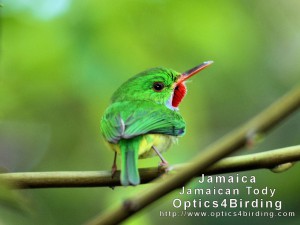 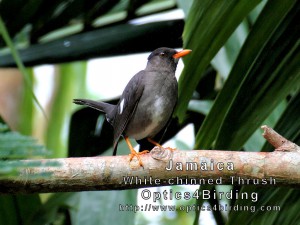 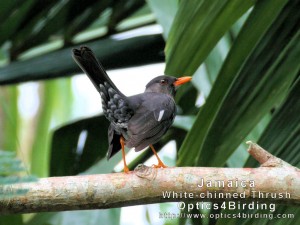 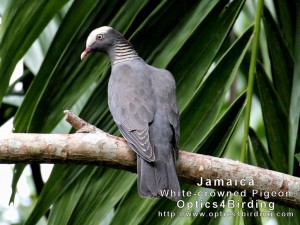 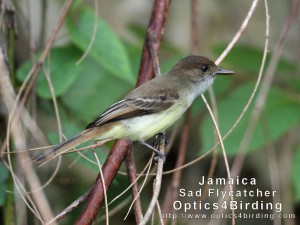 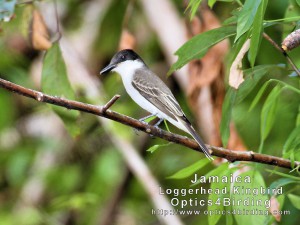 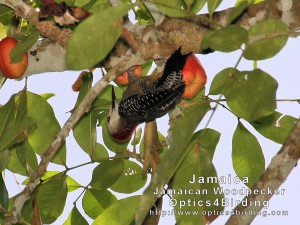 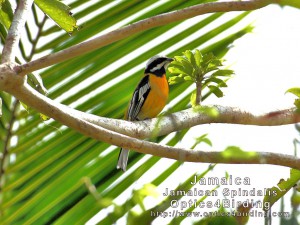 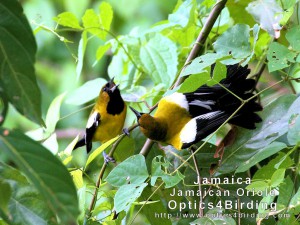 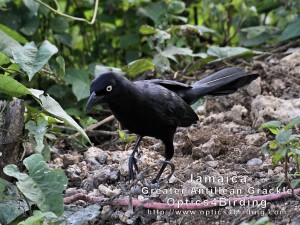 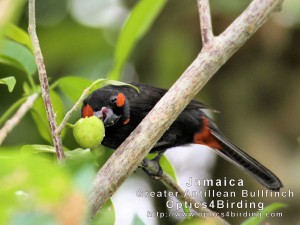 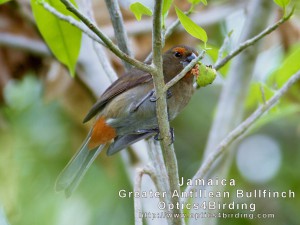 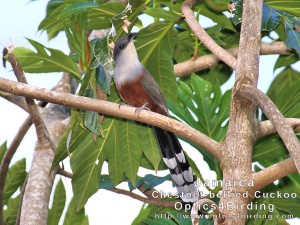 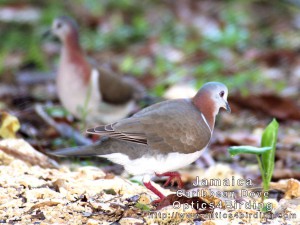 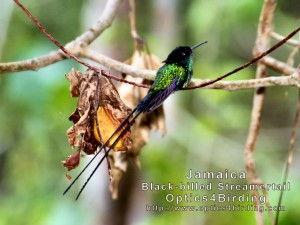 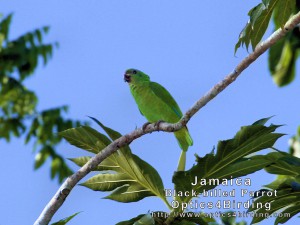 Our first night along Reach Road did indeed produce success in finding Jamaican Owl. After some exposure to the Jamaican people my first comment on finding the owl was “Yah mon!” I should note that although we were often along this little road very late at night there was usually very little traffic at any hour. When the first car that came by us stopped to make sure we were OK, it was certainly a relief and made us feel much safer about being out at night in a remote and unfamiliar place far away from home. Our experiences in Jamaica were of it being reasonably safe and having very friendly people. 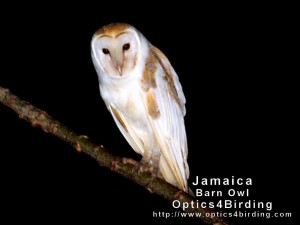 Another owl of the night that we found I did not expect. I knew there were Barn Owls in Jamaica but there are plenty of them here in California too. It was just an afterthought that I decided to look for them in the lowlands on our last night in Jamaica. “Yah mon!” What a beautiful owl this is. He is very vivid white and much different in appearance than our North American Barn Owls. I have to think, because of its different vocalization and appearance, that when more research is done on this owl it will eventually be split off into a new species. 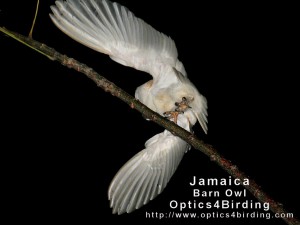 Jamaica is certainly on my list of places for a future trip. The eastern area that we explored was extremely beautiful, had superb birdlife, and the coastline was exceptional. Driving on the opposite side of the poorly maintained roads certainly added a challenging twist to our journey. With a growing and already economically depressed population I have to wonder how their disappearing natural areas will fare in the future. For now though, Jamaica is an impressive place with spectacular tropical beauty and distinctive bird life that is well worth a visit.