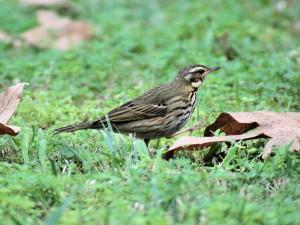 I was among the first 20 birders there, but soon birders began arriving from all over the map in minutes. And soon it was a who’s who of southern California birders. And why not? This little Olive-backed Pipit really put on a show! It led us a merry dance at first, flying from place to place within the park. Frequently, it landed in heavy cover and skulked around. Sometimes the only visible indication it was there was movement of the vegetation it was walking under. But eventually, it came out on the lawn between the picnic tables and fed calmly for about an hour. Everyone there got crippling looks! In fact, the bird was remarkably cooperative, seeming oblivious to the camera shutter whir and quiet conversation of excited birders. END_OF_DOCUMENT_TOKEN_TO_BE_REPLACED 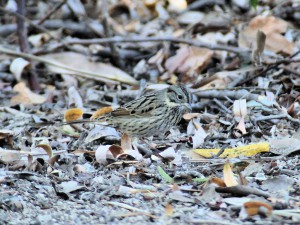 Here in southern California, we see these beautiful little sparrows primarily in winter. Lincoln’s Sparrows do breed as nearby as the San Gabriel and San Bernardino Mountains. The winter range of Lincoln’s Sparrow stretches almost all the way south to Panama. Sometimes you can find upwards of 20-30 Lincoln’s Sparrows in a large, loose winter flock.
END_OF_DOCUMENT_TOKEN_TO_BE_REPLACED