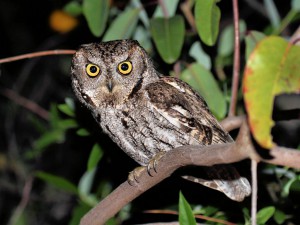 Last month a couple of us went into Silverado Canyon to try and capture video of a Western Screech-Owl with the new Canon 7D camera. Since we found this cute little screech-owl right next to the road we used him as our test subject for our night-time video skills.

Night photography is always a challenge but with this camera in video mode, it was surprisingly simple to get great footage “fresh out of the box”. We set out this evening with only a small flashlight, camera, and tripod. Our results were very pleasing since this was our first attempt using so little equipment.

First of all the Canon 7D represents a big technological jump in digital photography. This camera delivers video and photo capabilities that give professional results at a reasonable cost to any amateur photographer.

We have now spent enough time with this camera to know that the rave reviews we hear about it are well justified. We took this video in the field at low light levels with minimal equipment, thus limiting the impact on the subject. The Canon 7D did a great job, producing high-quality video of Western Screech-owl under compromising conditions.

Western Screech-Owl has the highest population density in the foothills of our local area. In oak habitat of the Western United States this owl is a common resident. He is very similar to the other three species of screech-owls found in the US. The most obvious and defining characteristic of all owls is their call. The “bouncing ball” call of the Western Screech-Owl is very distinctive and make his identification very simple. The birdwatchers often miss actually seeing this owl even though he is fairly common. This owl lives in dense wooded habitat. Furthermore his very well camouflaged plumage makes him very difficult to locate by voice. 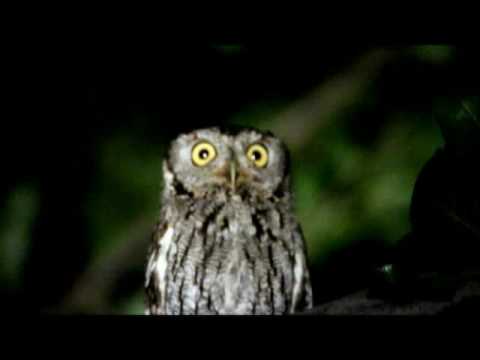