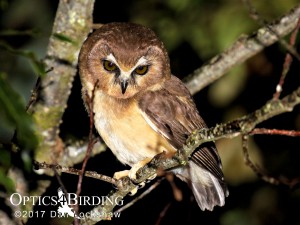 After 15 years, I finally got brave enough to go back in search of the Chiapas owls. Chiapas is the southernmost state of Mexico that borders Guatemala. This was pretty much a mandatory destination to complete our sister owling.com website. There is no other state in Mexico with as many owl species as Chiapas. This area is also crucial to our current understanding of owl taxonomy. New divisions and more accurate classification of the owls are slowly becoming known and being clarified by science.

Chiapas is spectacular for wildlife and has an extraordinary history, but suffers from terrible pollution and horrific habitat destruction. While the natural wealth is immense, the population is poor, and traveling there can be dangerous. Having done this before, my plan was to mitigate risk, so I invited a friend and hired a guide. We documented nine species of owls in nine nights (video, recording, photograph, etc.) along with over a hundred eighty species of birds and mammals in the daytime. I will cover more of this in an upcoming article. END_OF_DOCUMENT_TOKEN_TO_BE_REPLACED