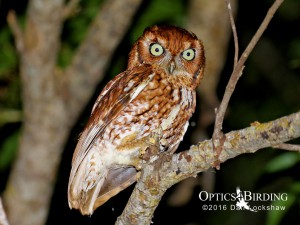 Southern Florida and the Everglades is home to five different species of owls. We decided to take a trip to Sothern Florida and search for the owls in the Everglades and upper Keys. North America has twenty species of owls. The Eastern Screech-Owl is the only owl species that is resident only east of the Rockies. It would be the primary owl of our searches. Barred Owl, rare in the west, would be our second target. With a new upcoming release of our sister Owling.com website, Optics4Birding sent me off to the east coast to document the owls in the Everglades. It’s a tough job but someone has to do it! END_OF_DOCUMENT_TOKEN_TO_BE_REPLACED